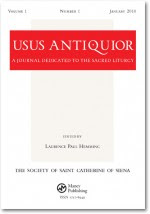 I had decided that it was time to stop posting about matters liturgical or theological that I had thought about when I realised that whatever illumination I had just had was something Michael Davies had written about in 1986, and had expressed far better than I ever would. The other dawning realisation was that I was coming across what was wrong with the way the OF was being performed: all the negative reasons for believing that there are real problems with the way the OF is being celebrated.

This b) is my beef not just with the SSPX but also with quite a few of the in-communion-trads one comes across: you can't turn the clock back and pretend it's 1962, or 1955, or 1911, or whenever. What has gone has gone for ever, and if you try to reconstitute it, you have to accept that what you have is something new, however much it looks like what was there before. (Pierre Menard, Autor del Quijote by Jorge Luis Borges says all of this much better in one of the best short stories of the twentieth century, by the way.)

So a subscription to Usus Antiquior was a bit of a gamble: would it have anything new to say, or would it be a rehash of the battles of the sixties and seventies? The answer, loud, triumphant, and clarion-like is"the former".

The articles are not for the faint-hearted: they take no prisoners. This is not "Noddy goes to Trent". They made me work hard to ensure that I understood what point they were trying to make. But what riches! Among the things I particularly valued were the slops that overflowed from the great depths of learning on display: things you all no doubt know, but that I didn't; why and how the binatarianism of the Roman Canon reflects its extreme antiquity, for example. But the depths are profound: learning what Octaves are for is a major piece of knowledge I now have which I never had before: a starting point for future journeys deeper into my Faith.

This journal will become an essential catechetical resource for anybody who wants to explore and learn about the traditional Roman Rite from a non-polemical 21st Century viewpoint. And, if you are like me, it will help you pray the Mass more, and better.
Posted by Ttony at 21:10

Interesting points about 'turning back the clock'. I attend the EF of the Mass and have done so since 2003, I also attend the OF of the Mass as often as possible. What often alarms me about the 'traditionalists' is that many seem stuck in a particular time period and overlook, a gentle word, the tens of millions of converts and those baptised since 1970, who know only the OF of the Mass.

When we hear about Catholics murdered for the Faith in India, the Philippines and in Africa they are attenders of the OF of the Mass. Their strong beliefs were based on the Church and Her Tradition not on the form of the Mass celebrated. The recent disaster in Haiti has, for those willing to listen, given witness to a strong and vibrant belief.

I have learnt a great deal about the Faith through attending the EF of the Mass as well as going on several pilgrimages led by traditionalists but I am always conscious of what Saint Ignatius wrote: "Take care to participate in one Eucharist: for there is one flesh of our Lord Jesus Christ, and one cup for union in His blood, and one altar, just as there is one bishop."

... you can't turn the clock back and pretend it's 1962, or 1955, or 1911, or whenever. What has gone has gone for ever, and if you try to reconstitute it, you have to accept that what you have is something new, however much it looks like what was there before.

Really? The traditional mass has been celebrated even it's "obragation" by Paul VI in 1969. So how could its restoration be classified as something new?

There are people who are coming to learn more about what we have lost and are determined to help in the restoration of the church to her former glory. You can sit back and say what you want about traditionalists, but time will judge who were the faithful children that served their mother-church in this time of crisis.

Antonio: I can't have explained myself properly. My point is that the social context in which the 1962 Mass was celebrated in, say 1962 has disappeared, and that the 1962 Mass is now being celebrated in 2010, and we have nearly 50 years of secularisation on top of what was there before. It is wrong to pretend that we live in 1962; it is more important than ever to celebrate the Mass of 1962.

We can learn what we have lost, but we can't magic back that world to replace the world we live in.

This is very unfortunate.