.
A tiny and unrepresentative extract from the end of 1953 which nonetheless speaks to me of something nearer:

... To discern
The future is not easy since those fires
That warm us are the selfsame fires that burn

Our guts, and since the wood of our desires
Consists of single yet entangled trees
Which maybe form a wood the world requires

But yet a wood which none distinctly sees
Or fully finds his way in.  This being true,
I wait unmoving by degrees

Towards home where waits one person which is you
Who takes the ancient view that life is holy.

Happiness is a new 1.5 TB external hard drive for under £100 and a way of backing everything up.

There are twice as many computers as people in this house.
Posted by Ttony at 18:51 No comments:

What Probably Happened In FCO

.
Deep in the bowels of the Southern Europe Department of the Foreign and Commonwealth Office, a junior member of staff has been asked to start thinking about themes and possible visits for the visit of the Pope.  remember: this visit is a State Visit and not (just) a pastoral visit by the Pope to British Catholics.

Once upon a time, this would have produced a series of considered options which would have found their way to the Department Head; he would have selected the most promising, and a submission would flow up the system until it reached the Secretary of State in a final form for him to approve.

What has happened here is that some junior members of staff have been daring (challenging, ironic, post-modern) and after a brainstorming session one has put up the sort of puerile tripe you might get from a sixth-form revue in a progressive Comprehensive, and this has been leaked.

This isn't about the Pope's visit at all, and the Ambassador to the Holy See's apology will put an end to the diplomatic difficulties.

The question is what this says about the judgement of those being recruited as the next generation of British diplomats and what it says about FCO's recruitment priorities.

Have a look here at the list of Foreign Secretaries since the Foreign and Commonwealth Office was established in 1968, and see if you can work out when the rot might have set in.
Posted by Ttony at 09:27 2 comments:

.
Does anybody know of any good prayers to St Monica?  Not the novena you find when you google, which is an admirable prayer for wives and mothers, but a way in which we can invoke the prayers which St Augustine credited with bringing him back to God.

There is a large number, and there will be a much larger number, of children leaving Catholic schools who really could do with her prayers.
.
Posted by Ttony at 20:13 1 comment:

A Much Needed Discussion

I ordered a copy of Mgr Brunero Gherardini's book about Vatican II because Fr Hunwicke's recommendation of it was so effusive.

It arrived today: free, but with a suggestion that €18.70 might be an appropriate donation to the Suore Franciscane dell'Immacolata.

A quick skim suggests that I'll end up very irritated by the translation, and fairly depressed by the arguments.  Depressed, not because Mgr Gherardini isn't right on the money, but rather depressed because he isn't off the money.

There's an obvious answer to this question but I'll ask it anyway: can somebody recommend a (a) truthful (b) Catholic book about the Council and its aftermath which is (c) positive about them?
Posted by Ttony at 20:14 2 comments:

Gimnasia La Plata versus Boca Juniors in the Argentine League.

Theologian Hans Küng is a theological protester who refuses to be nothing in the Church. Aged 82, and forbidden to be a Catholic teacher, he lives in a past to which he clings, as it is the only thing he has left. Cheered on by the enemies of Catholicism and by the few contemporaries left within the Church who do not want to admit that nobody shares their youthful dreams any more, he keeps hold of the banner he once raised which has turned into tatters, faded by the passage of time.


At the end of his active life, and longing for days when he was considered to be a theological authority, he has called on the bishops to rebel against Benedict XVI. I do not know if it is because of an age-related condition or his overweening pride that he thinks that his voice is that of the Church. It is pathetic.

Not one bishop has answered his pitiful call.  Not one will, even though some of them are awful. The recent attacks on the Pope, in which Küng is a mere foot soldier, are only succeeding in making the Church close ranks in affection for the Holy Father. He is the rock upon which it is founded, without which it would not exist.
The positions taken by Küng and his followers only feed the anti-Church. The proof of this is that they are only taken up in anti-Catholic media, in which one can find some who still call themselves Catholics in spite of having sold out on the Church's Faith and Morals.

Hans Küng is one of them. He sold his birthright for a mess of pottage and is now choking, both because of his age and because even he has become bored with lentils, however hard it is for him to acknowledge the fact. Each day they taste more watery and have less substance.
He has only two choices. Either he overcomes the envy he has for his former fellow teacher, disappearing into history as in a few years he will not be remembered by anyone as he returns to the Father's house, or he ekes out the remainder of his days in a futile and pathetic protest.
Posted by Ttony at 18:12 6 comments:

I can't remember a time when, in the UK, I haven't been aware daily of aircraft flying overhead.

There is a strange silence, or rather an absence, because apart from light aircraft and military aviation, most aircraft overfly us at about 25,000 feet as they either begin their descent from or get near to completion of their ascent to cruising altitude.  The lack of vapour trails in the air is disconcerting.

Ad Multissimos Annos to the Holy Father of course, but he is not immortal.

I was intrigued to find out that Paddy Power is offering 25/1 against Antonio Cardinal Cañizares Llovera, Prefect of the Congregation for Divine Worship and Discipline of the Sacraments, becoming the next Pope.

Has there ever been a Pope James?
Posted by Ttony at 20:28 2 comments:

Notes To Support A Counter-Narrative

.
It shouldn't be me doing this. It should be somebody more competent, who could make a better job of it.  This is no more than a start.  If you can do better, please do, and encourage the Hierarchy to come out and fight.

1     This is not about the Catholic Church.  This is about some bad men who committed acts of sex abuse against children for whom they had a responsibility of pastoral care.  Secondarily, it is about other men, some more, some less bad, who found out what was happening and reacted inappropriately

1.1     The Catholic Church is not a unitary body apable of imposing and maintaining discipline.  It is a confederation of dioceses.

1.1.1     The legal system used by the Church - Canon Law - was first codified less than a hundred years ago and uses the principle of subsidiarity to attempt to resolve problems at the lowest level.

1.1.2     Cases can gradually move up the system to Rome but, as in civil and criminal cases in UK courts, this takes time.

1.2     The Catholic Church's responsibility for the actions of its members is limited, to say the least.

2     The crime these men have committed is sexual abuse of minors, not paedophilia.

3     Those within the Church who discovered what had happened and did not deliver the abusers to the civil authorities did a great wrong.

3.1     In some cases this was done purely to protect abusers: in these cases the protector is as culpable as the abuser, because he created an objective circumstance in which the abuse could continue.

3.2     In some cases, this was done to protect the reputation of the Church.  While laudable as an aim, the damage done to children and the need to remove the abuser from a position in which he could continue to abuse were so much greater that the judgement of these men must be called into question.

3.3     In some cases, this was done because the discoverer could simply not believe that such abuse could be committed by a priest.  With hindsight, it is clear that these people should not have been put into a position where they were responsible for such decisions.

4     Anybody who uses a position of power to entice or procure an under-16 for sexual gratification is guilty of the same crime of abuse as has been committed by some Catholic priests.

4.0.1     They may be members of a national or local government organisation with formal responsibility for children, such as a local authority's child protection scheme.

4.0.2     They may work in a sector through which vulnerable children pass, for example the legal sector in a devolved administration.

4.0.3     They may work in the voluntary sector in schemes in which vulnerable children may become available to them, such as local housing schemes for asylum seekers.
Posted by Ttony at 14:50 3 comments: 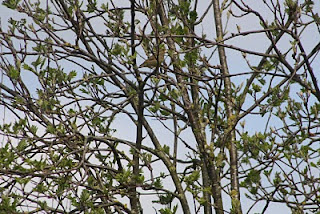 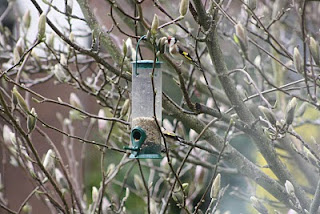 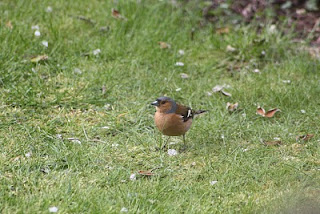 While the greenfinch waits patiently for its turn at the feeder, the goldfinch eats greedily and scatters seeds down onto the grass below where the chaffinch is waiting.

Yes, I know: I should be encouraging or chiding Bishops and priests into defending the Pope, and encouraging the Catholic Union to lead the charge against Hitchens and Dawkins, but, on the whole, I feel that contemplation of the finch family offers a better prospect of ending the day without feeling that I've been banging my head against a brick wall. 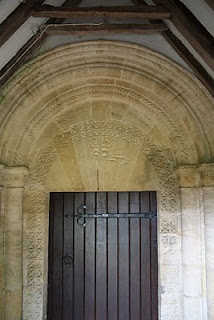 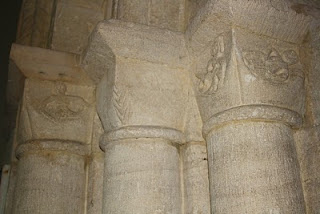 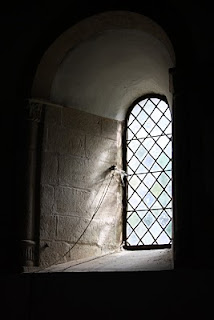 .
The cruellest of ironies is that the Poles who have died were finally being given permission to commemorate what the Soviet Union did seventy years ago, and that they died in Russia. All we can do is pray.

.
Being a particular sort of civil servant, I am forbidden from blogging about anything that might be construed as politically partial and tending towards affecting the election result, for at least the next four weeks.

To Africa With Brother James

.
What happens when you take a bunch of English teenagers to Senegal?

Look here to find out.

The kids are great, and Bro James, who is leading them there, is pretty inspiring himself.
.
Posted by Ttony at 16:07 No comments: