I chronicled last year my purchase of a Kodak ZD710. It is a bridge camera: half way between a point and click digital, and a "real" SLR.

I had bought my first digital camera shortly after the near coincident catastrophic failure of three 35mm cameras. I was always mildly obsessed by photography, something, like liking knives, I inherited from my father. My very first camera was not an Instamatic, but a serious (well, serious-ish, old, second-hand, war booty) German 35mm, and for many years I didn't look back.

After his death, I inherited my father's cameras and have been away in my time with Praktika and Olympus bodies and six lenses! But in 2002-3, all of my 35mm cameras gave up the ghost.

On a whim, just before a day I thought I might appreciate having a camera to hand, I bought a Canon Ixus. I was immediatrely converted: the thing I had never conceived was the idea that I could shoot hundreds of photos in one shoot. Setting, composition - thought - could all be set aside, as in a collection of a couple of hundred shots, there'd always be four or five which were worthwhile. This is, of course, balderdash. Without realising it, I'd sacrificed most of the hard-earned fun of photography for the meretricious satisfaction of instant gratification. There was no reason to stop using the Ixus, as I'd not really noticed that my approach to photography had changed completely. What stopped me in my tracks was another coincidence: a fault in the camera, and hearing one of my children saying that Daddy used to take really nice photos.
So I bought the Kodak: a bridge camera as I said above, and began to relearn the art of photography, but with the luxury of feeling encouraged by the very cheap price of memory of being able to make lots of mistakes. Over the last year and a half I have got more and more used to having the camera at my side again, and to have the feeling that recording the world is good.
And allied to this was the realisation that the Kodak simply wasn't up to what I wanted: this is no reflection on it, as it does exactly what it is asked to do. But if you want to set out on a big job, you need decent tools. 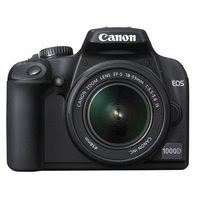 More Canon tools, as it happens. An EOS Digital SLR, with an 18-55 lens and a 55-250 telephoto lens to go with it. The power is awesome: full control again over depth of field and focus, the option to use real filters, but all of this allied to the option of fully digitised images (including the option of RAW format) to enable me to do whatever post-processing I might ever find myself wanting to do.
In an odd sort of way, this feels like growing up - I have achieved in my time exactly what my father achieved in his, and I feel a sense of contentment as I feel the weight of a proper camera again, and one I have to use the viewfinder for instead of that ***** screen on the back. This is what the modern age should be about.
.
Posted by Ttony at 19:53 No comments:

A Prayer For Priests

.
This prayer, which was sent to me for whatever reason by the Priestly Society of St Peter, is a good one to try to say every day during this Year of the Priest.

O, Jesus, keep them all close to Your heart, and bless them abundantly in time and eternity. Amen
Posted by Ttony at 16:56 No comments:

What Do Others Write About? 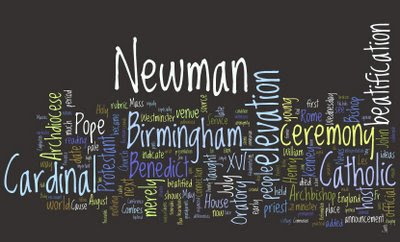 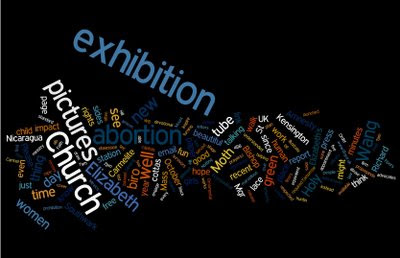 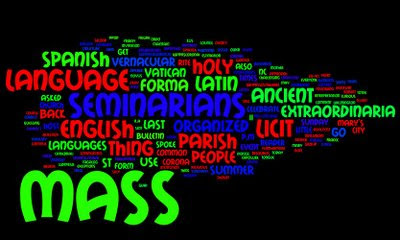 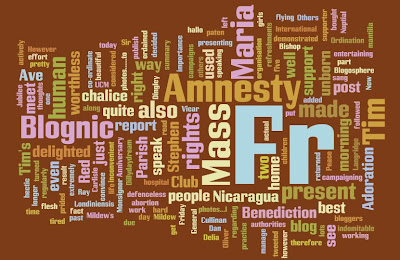 What Do I Write About? 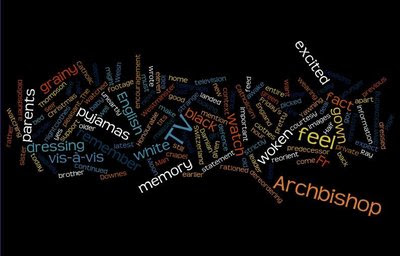 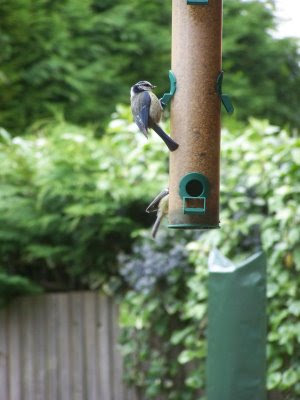 To make Fr Z feel at home while in this green and pleasant.
.
The tits come to feed here, as well.
.
Posted by Ttony at 16:48 2 comments:

.
And I remember my eleven year old self being got up at some uneartly hour by excited - yes, excited: that was strange - parents to watch TV, a TV which was strictly rationed as a rule.

I can still remember the feel of the pyjamas and the dressing gown I'd been given the previous Christmas. Half awake, I watched some grainy black and white TV footage, and was then sent back to bed.

Were my parents dressed or in nightclothes? I have no idea. But apart from the memory of the feel of the clothes, and the fact that I, but not my older sister (girl) or younger brother (baby) had been woken up, the memory I have is of those grainy black and white images.

What were you doing when Man landed on the Moon?

Yawning. And wearing pyjamas and a dressing gown. And watching TV.

And vaguely realising that this must be some massive deal, if I'd been woken up to watch television.
Posted by Ttony at 20:01 No comments:

.
The latest information, courtesy of Damian Thompson here, is that Archbishop Nichols has continued his public ministry of dewreckovating by dereordering his private chapel. This is really important news: a statement of where this Archbishop is vis-à-vis both the Pope and vis-à-vis his predecessor.

As you might expect, the entire English Catholic blogosphere is alive with encouragement and support for a new leader who seems to want to reorient English and Welsh Catholicsm.

(Honourable mention to Fr Ray, who picked up on the fact that the Archbishop of Westminster wrote a defence of Life in Friday's Telegraph, in the context of the suicide in Switzerland of the Downes.)
Posted by Ttony at 17:08 No comments:

England At Its Best 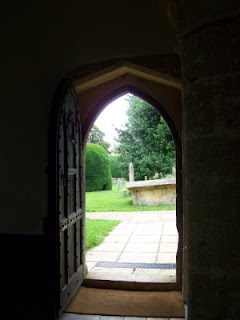 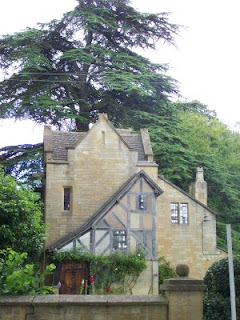 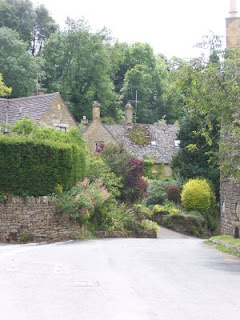 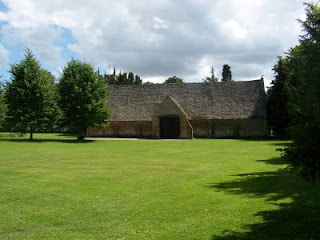 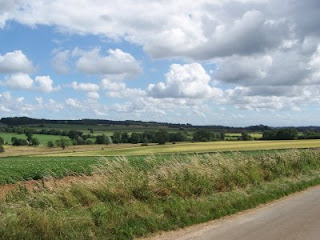 PO'D, Again - And A Thought

.
I wonder what late-flowering plant Bishop O'Donoghue would take as his emblem? What angel spoke to him and invited him to a completely new and different witness?

There is an irony that would be lost on Tabletistas that PO'D is being prohetic in the way they like to use the word: that he is comparing and contrasting the great and good of this world against God's will; that he is speaking out on behalf of those who have no voice; and that he is doing this as fearlessly within the Church as without.

Now here's what I'm beginning to wonder: is PO'D Archbishop Vincent's stalking horse? Has he agreed to take up a series of positions which once would have been as obvious to Catholics as that night follows day, just to see which ones have the sort of traction that will allow His Grace to choose the right first field of battle on which to take on his - our - enemies?

.
Most of the last week has been spent in an archive, and the hay fever which started to take hold a couple of years ago, has been aggravated this year by whatever lives in dirty old papers.