.
One of the things about being a non-specialist civil servant is that we change jobs every two or three years. This is a good idea, because it makes sure that you, the public who pay my wages, have people with an ever greater breadth of experience making decisions that might affect your life.

I'm at the start of a new job at the moment, and am too tired most evenings, just from having had to spend time learning vast chunks of new things, to blog much.

And the world doesn't help: imagine having to go to Mass on a Saturday evening, and then coming out to put 5 Live on and hear that United were two down to Spurs! At least normal service was resumed subsequently.
Posted by Ttony at 20:27 2 comments:

.
I suppose that The Tablet's downer on Catholic bloggers stems from two sources: first, that most Catholic blogs aren't on the same message as The Tablet; and second, that the multiplicity of sources of information challenges The Tablet's ability to set the agenda. (They must get quite cheesed off at Damian Thompson's relentless teasing as well!)

I have twice written about the trust which owns The Tablet (here and here) and suggested that it was hard to see that it supported the trust's stated aims, which are:

This is my response to Fr Tim's request for "a polite explanation of why the Tablet should not be sold in our Cathedrals or parish Churches (with examples and quotations)": I can see no evidence in it for aim b), and little for aims a) and c) (though there is strong evidence for aim d), even if the objective might not be one that I particularly favour myself).
Posted by Ttony at 17:52 No comments:

.
When a 47 year old man marries an 8 year old girl, and the country's legal system says everything is fine, does that not feel like the sort of country before whose Head of State you'd want your Head of State to bow low?
Posted by Ttony at 19:44 2 comments:

... it is extraordinary that ordained ministers can find so much free time and energy to "feed a blog". Is it possible that they have no housebound, hospitalised or imprisoned parishioners in need of their presence and ministry? It is also extraordinary that their bishops allow this. But then again we are living in extraordinary times.

I realised that some attempts of mine at humour were a waste of time when I found a YouTube video of a man whose hobby was jumping on eggs without breaking them: nature was wierder than art.

But this is beyond parody. This is The Tablet disappearing into a very odd place indeed.
Posted by Ttony at 17:49 2 comments:

Standing In For The Far Sight

.
As Leo from The Far Sight is on an extended Easter break, it falls to me to tip people off to a forum in which anybody insterested in the canonical vestments of the Dioceses of Spain can be examined at leisure. 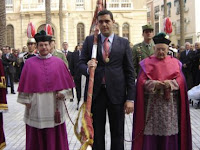 If, like me, you are the sort of person who likes to know what robes the Cathedral Canons of Almería wear, and rejoice that they have both summer and winter versions, then this forum might well suit you too.
The two Canons in the picture are taking part in the annual procession which celebrates the liberation of Almería from Moorish rule by the Catholic Monarchs in 1489, just three years before the Conquest of Granada saw the end of Moorish rule in any part of Spain.
Posted by Ttony at 17:45 1 comment:

.
I proposed this elsewhere but it received little support.

2. Support him: when he asks Catholic Catholics to get involved in Catholic things, then get involved in them. Write to your MP complaining about the prospect of arbortion factories being allowed to advertise; write to your local newspaper; to the BBC: if you are reading this on-line, then dashing off a quick e-mail isn't too difficult.

3. Get out there for him: if you hear that Archbishop Nichols is going to appear somewhere, then be outside cheering him on, and all the louder if he is wearing decent vestments to process the relics of St Chad, or concelebrating Mass with young priests learning the EF of the Mass, for example.

We shall be Vinsmen and Vinswomen; we will decide that from the start, and ad multos annos, we will thank our Pope for the Archbishop he has sent to us by supporting him in every way we know how, surrounding him in love and prayer so that, properly supported, he can lead us.
Posted by Ttony at 17:13 11 comments: 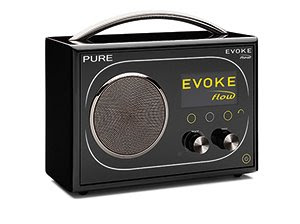 The old Internet radio died, so I had to buy a new one. This one is nice: apart from being an Internet radio, it's also a DAB radio and an FM radio. It streams music from the PC as well. And it streams from the mp3 player too. Those are the tricks I've worked out so far. It's really satisfying that it comes with no manual - there's presumably one on-line somewhere. But who cares!
Posted by Ttony at 17:33 No comments: 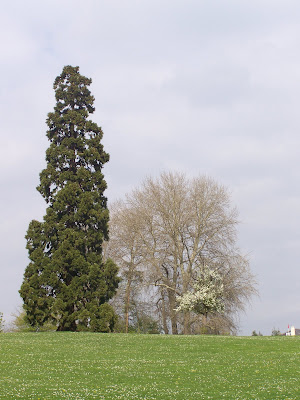 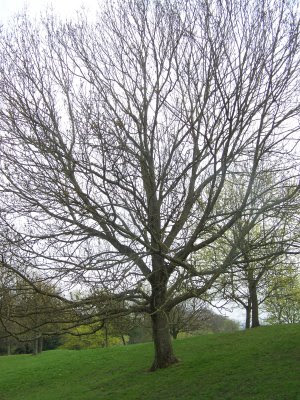 .
I took these earlier this afternoon.

Spring isn't working hard to come. It is reluctant.

But it will come, and these trees will be green.

.
The Legion, salutes Christ of the Good Death. The ceremony begins as the assembled soldiers salute one of their Kings with the national anthem. At the end, the legionaries march off at their normal pace.

This really is very different, and not what I would ever expect to see at Aldershot or Catterick.

Not Just Austria: The Sad State Of The Portuguese Episcopate

The Portuguese episcopate is in a state of heresy and practical schism.

If anybody was still in doubt, their doubts were dispelled by the recent statements of several Portuguese Bishops, which began to be made with an almost ordered regularity after the Pope's trip to Africa: most of the national episcopate is in state of heresy, of effective schism and has broken with the traditional teaching of the Church. I have not invented this: to get details and see the facts compiled objectively by Miguel Alfonso, go to A Tribuna. Some examples:

- D. Ilídio Pinto do Amaral, Bishop of Viseu, defended the use of condoms to prevent the transmission of Aids and stated that, at least in cases of family violence, marriage can be dissolved by divorce;

- D. Januário Torgal Ferreira, Bishop of the Armed Forces, has been an advocate for the use of condoms to prevent Aids, as well as for the ordination of women;

- D. Carlos Azeredo, Auxiliary Bishop of Lisbon, pointed out that Catholics vote for parties which support the legalization of homosexual "marriage", maintained that the teaching of the Church about the use of contraception has to evolve, and expressed his "concern" about the content of the letter that he received from the Pope about the lifting of the excommunications of the SSPX bishops;

- D. Manuel Clement, Bishop of Oporto, said that the use of condoms to prevent the spread of Aids is permissible in exceptional cases.

What can one say? The first three of these bishops deliberately showed that they wished to differ from and contradict the Pope and the teaching of the Church in matters of faith and morals. D. Ilídio even joked about this aspect, saying that he doesn't believe that the Vatican will fine him for the positions he has taken publicly.

For my part, I believe the Vatican has no other alternative than that of "fining" these bishops, reproving them for their erroneous teachings, and demanding the withdrawal of their statements because of the public scandal they have caused. And if they won't, then the time will have arrived to conclude that they are no longer able to carry out their episcopal duties publicly and remove them from office. This would at least be coherent with Rome's reaction to the case of Bishop Williamson ...
Posted by Ttony at 11:34 No comments:

.
I was asked elsewhere if I could provide a link for people to download mp3 versions of the "cassette tapes" of Michael Davies' talks.

These talks are great for a bus journey. They are wonderful catechetical aids. They give you all the ammunition you need to take on sandalistas. They are of their time, and while we owe an immense debt to those who kept organisations like Pro Fide and the LMS going through the 70s, 80s, and 90s, we have to remember that the world has moved on.

.
Amy Winehouse has brought out a new range of shampoo.

.
Courtesy of Brother James, we discover that the new Archbishop's vocation is to accompany those who seem to be beyond hope as they travel through life.

Apparently the Archbishop spoke on 5 Live and:

Inevitably ended by tying in his allegiance to Liverpool F.C. and how he would be at their Champions League game against Chelsea on Weds.

Some say that he has only known London and Birmingham in this country, apart from Liverpool: but to his intense credit he chose Manchester to study his MA and in an act of the profoundest resignation refused to allow the allure of either of the cornerstones of Mancunian glory (Utd and Utd Reserves) to deflect him from his mission to the fallen.